Electrical systems are absolutely integral to the performance of modern air travel. 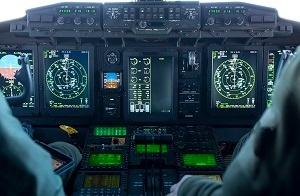 Modern avionics are highly complex networks capable of creating, distributing, and storing their own electrical energy — generators and alternators generate electricity, and a system of transformers, rectifiers, and inverters help to distribute that energy and convert it, by voltage and by current, for each individual system to use.

This unique system, and the important flight systems it powers, including altitude, location, and flight path monitoring systems, would not be possible without the use of electromagnetics. Three high performance electromagnetic components are particularly important.

Transformer rectifier units are employed to power and support a variety of avionics systems. Operating on inputs of 3-phase AC power sources, they are available in a range of differently sized models capable of outputting anywhere between 10 and 400 amps of power. Available in 12-pulse and 24-pulse rectification models, transformer rectifier units can output a range of DC voltages as well, most commonly 28V DC, with output power that is clean and up to 88% efficient.

Instead of utilizing a coil wound around a ferromagnetic core, air core conductors are unique from most other electromagnetic components in that they are wound around lighter materials, such as glass or PTFE, or around nothing but air. This makes for an incredibly light conductor, ideal for flight applications where every ounce counts. They can be designed and manufactured explicitly for VHF-UHF RF applications, making them ideal for use in a number of military applications.

By isolating their primary windings from their secondary windings, isolation power transformers go a long way toward protecting both users and sensitive electronic equipment. Electric shocks in an aircraft could short essential systems, endangering the flight crew and passengers.

Transformer rectifier units, air core conductors, and isolation power transformers represent only a small handful of the many electromagnetic applications found in the aerospace field. Navigation, communications, and many other systems require magnetics, and the aerospace situations in which they’re used require optimal performance.